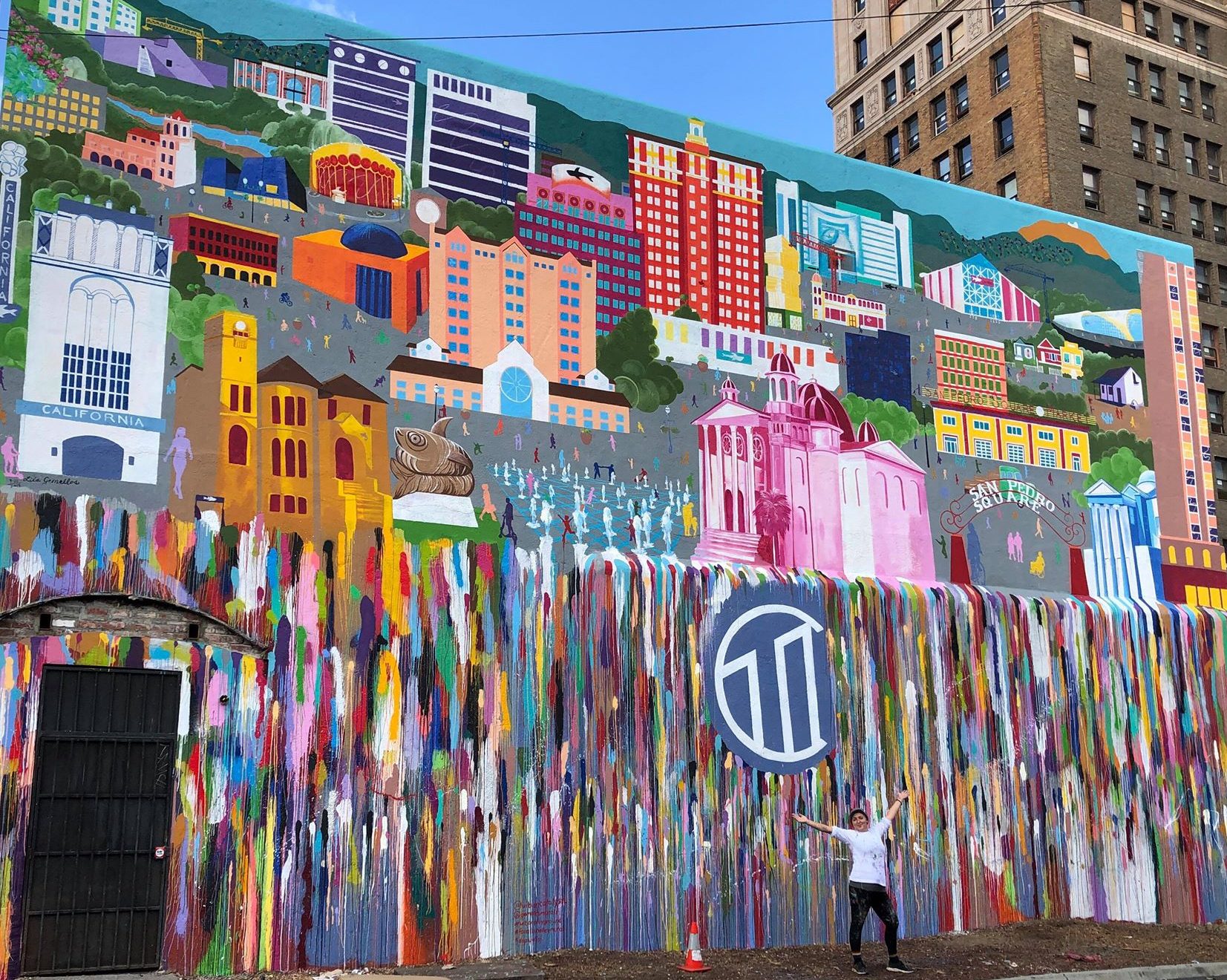 I have some of the coolest clients.  Urban Catalyst, a young group of developers in downtown San Jose who were just announced to be on the Forbes List, did a project with me in September.  I had a smaller mural downtown already, but this was a big 50 footer on Second Street near Santa Clara Street and a real presence for me in Downtown.  This is on the parking lot in Fountain Alley, and a difficult one to GPS being on the Second Street side of a First Street building, 30 S 1st St, San Jose, CA 95113. 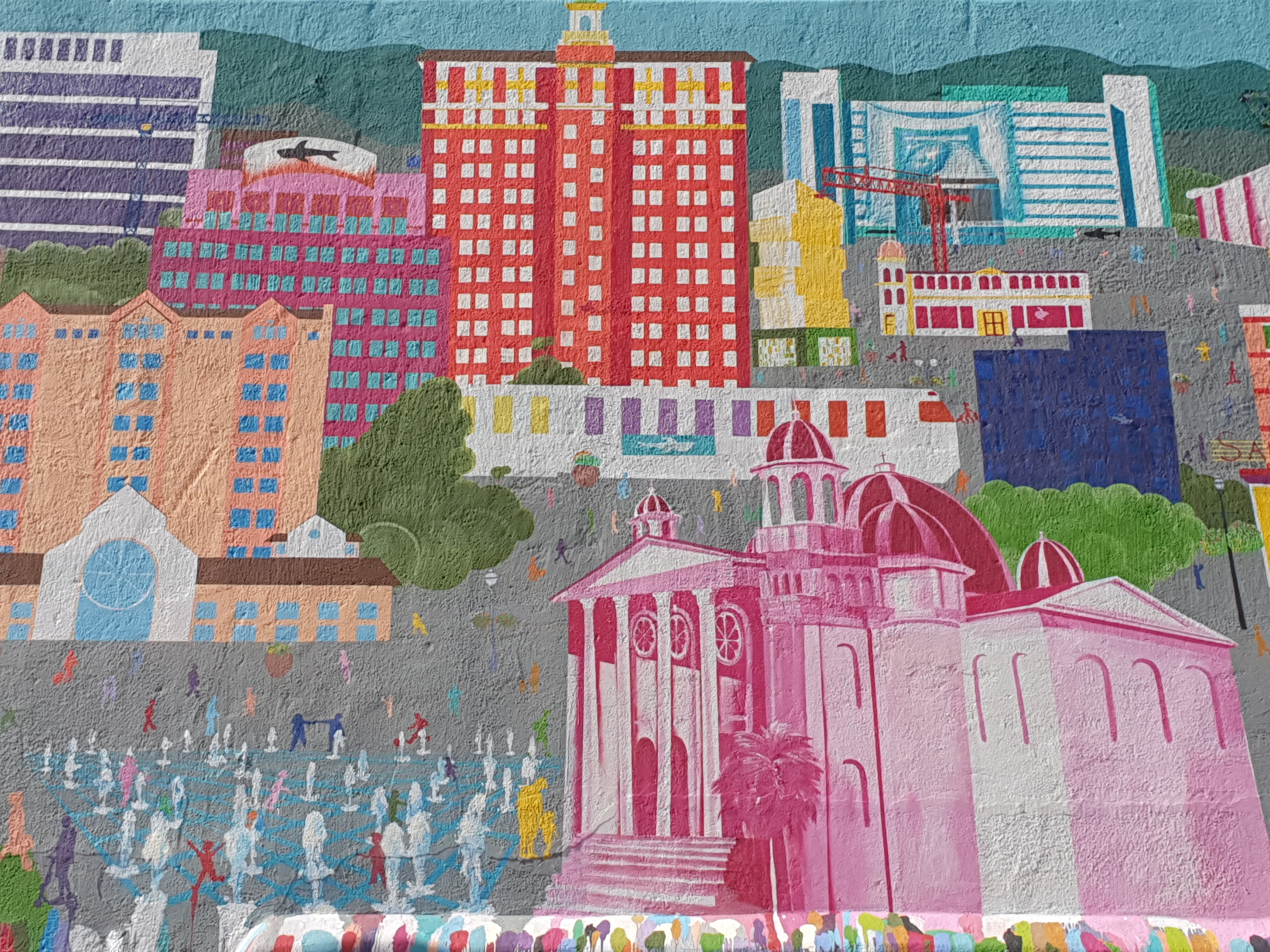 In this over 50 ft cartoony, loose or abstract composition of Downtown San Jose facing west as the wall does, we have painted longstanding landmarks and future buildings from the Urban Catalyst portfolio.  Not to toot my own horn, but it’s so large and so high, I couldn’t project to scale on to the wall.  Alongside the California Theater and San Jose Museum of Art is the Valley Title Building.  With St. Joseph’s Basilica front and center, the Bank of Italy prominently displayed alongside City Hall, San Jose’s clash between past and present is visually discussed.  Cranes line this San Jose’s skyline as they do presently and for the foreseeable future. 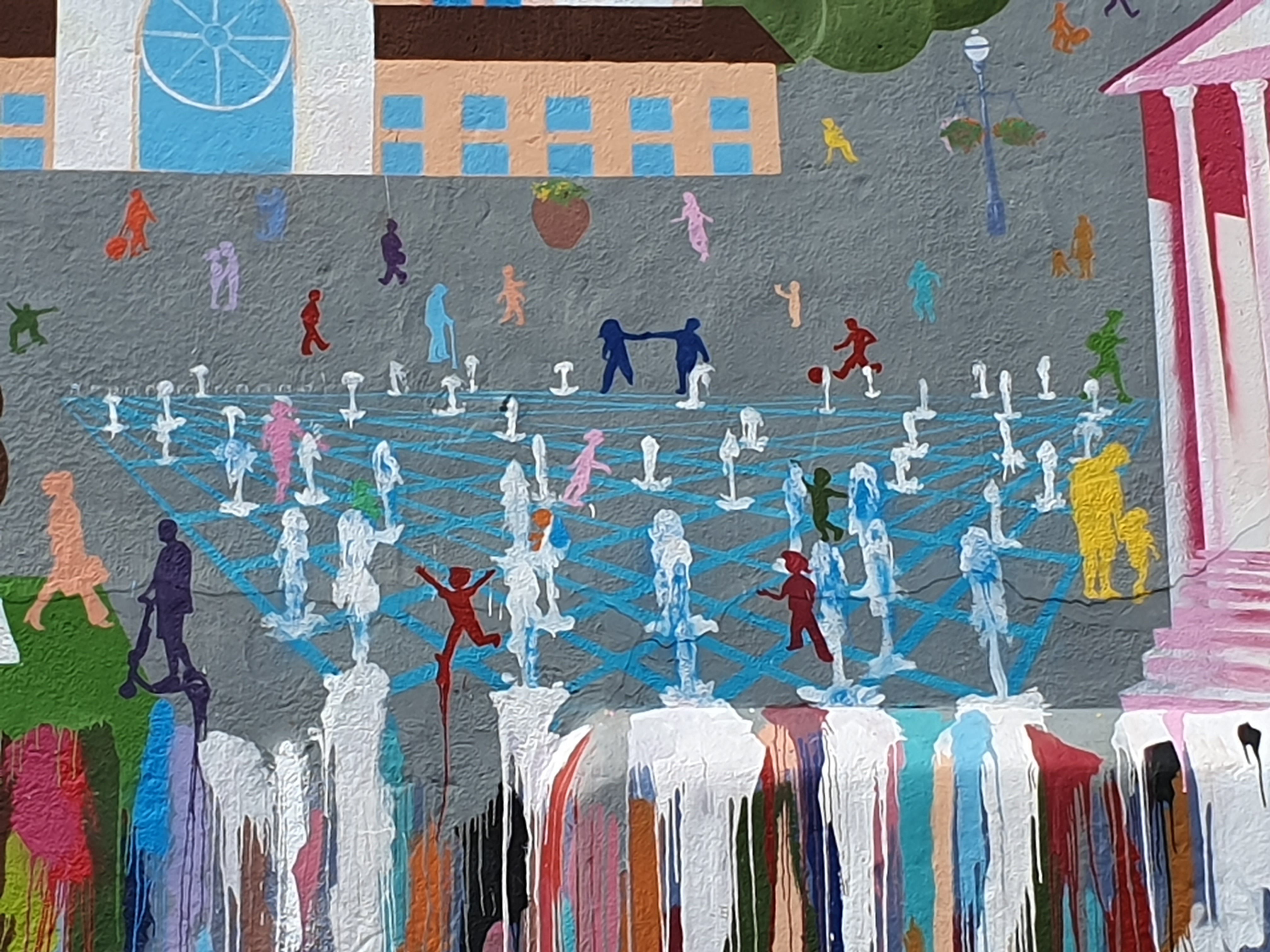 More forward thinking still, I was asked a couple of times by the client to add more people to the open spaces.  First, blah the grey!  The Artist in me was happy to oblige this request.  Secondly, the thought behind it was that we wanted to see San Jose as a bustling, vibrant, pedestrian hotspot that Urban Catalyst and others are trying to create.  We ultimately tripled them.  It’s a vision of a city that people can access – without cars – and play in; a family place as much as a business place.  Formally titled Urban Playground, this mural is a colorful rendition of the San Jose for tomorrow. 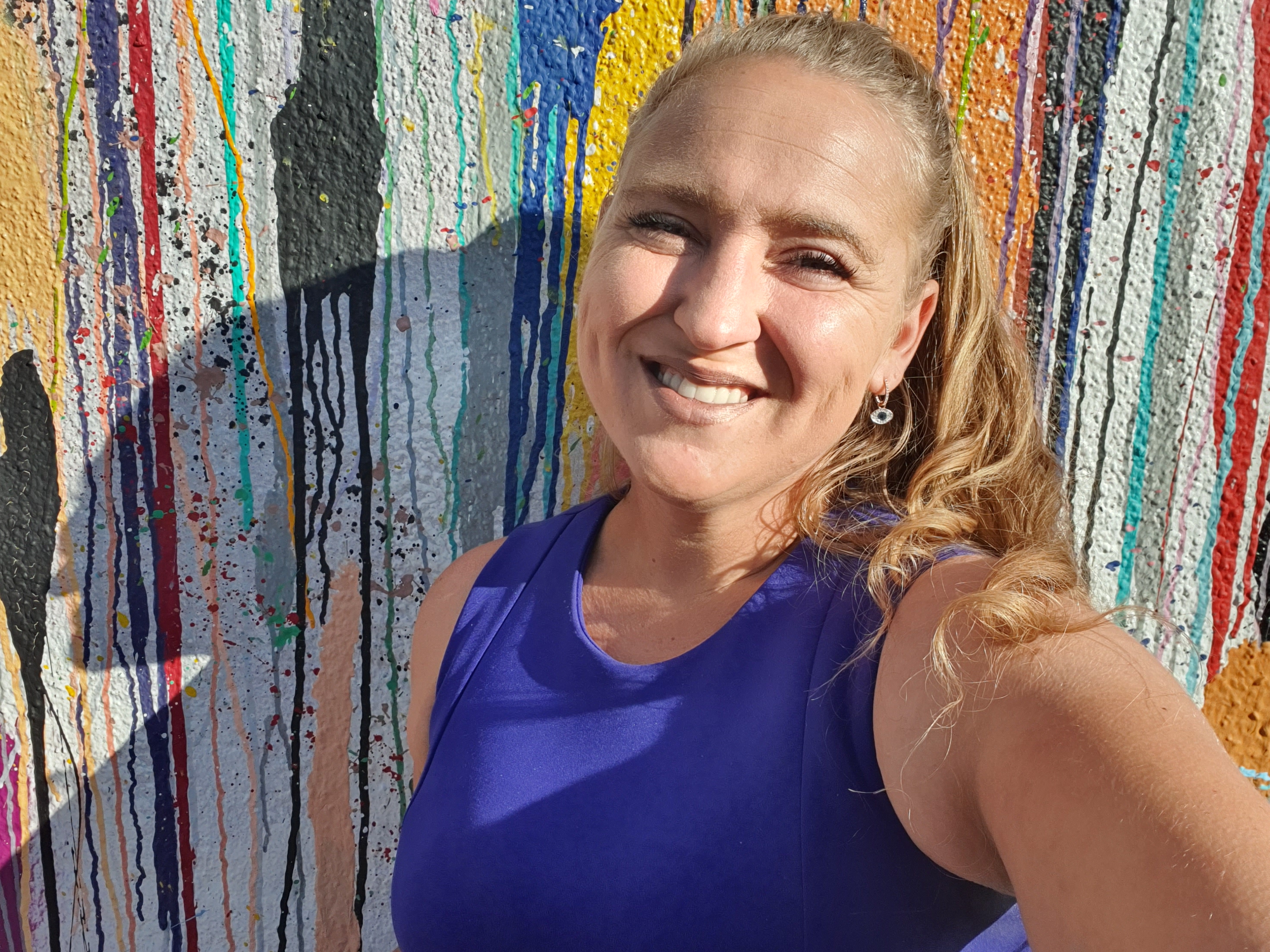 The bottom portion of the building is physically proud and we were already thinking about what to do with this area.  At first, the client liked the idea of a  boring logo on blue like a business card.  When the possibility of doing something more for social media arose instead, we had to take advantage of this space at the ground level.  The dripping city is a nice touch.

I hesitate to write this blog post in case the next step of Urban Playground’s engagement comes to life.  I love that they were even open to the new bright idea in murals.  This may not be all from the depths of downtown.